Today was a pretty laid back day. The trip is officially halfway over :(  After a pancake breakfast we went to the Delmas 31 artisan group market. We had to bargain with the artisans for their items. It was pretty hot, but we stayed a while and bought a lot of stuff. 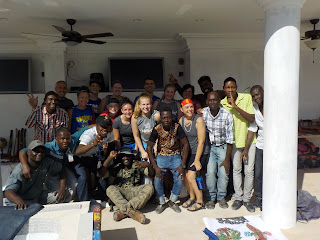 Then we went to the Croatian Orphanage. When we walked in, all the kids sang a song in Creole to us! We performed our VBS skit for them and sang the Hippopotamus Song. Wet tg played our partner animal game, and the kids had a blast. We all just hung out for about an hour playing soccer and basketball. There were some kids playing with frisbees too. A few kids had some chalk or bubbles. Emily got a "sad face out of ten" for her flower chalk drawing, and Tori got 2/10. Some kids played with a rainbow parachute too. After a while we tried a craft and made animal visors. 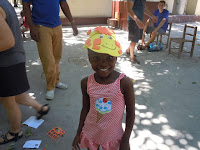 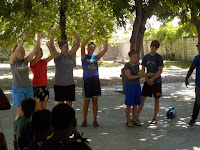 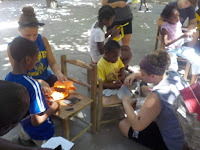 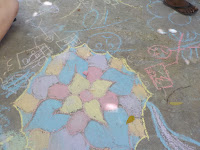 We went to a boutique/cafe called Papillon. We bought some more Haitian market items. Abby finally got her Creole tea cup/mug! After shopping we got some tropical smoothies. We took an "ice cream" picture for Pastor Jackie because you can't have a youth trip without an ice cream stop and smoothies are the closest thing to ice cream that we will get in Haiti. Emily finally got her chicken nuggets she wanted too! 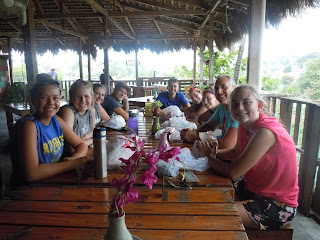 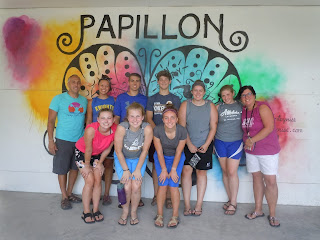 The traffic today was pretty long, so our conversations were pretty interesting. We created the official TapTap Evacuation Guide in the case of a tropical storm or if we tipped over. We took a pit stop at a grocery store and bought some goodies. We came home to a hot authentic Haitian meal. We had fried chicken with rice and beans. After dinner, some of us went to the pool to cool off after the long hot day outside. Then we came back for team time. We're all super excited for our water truck day tomorrow!