Angels.  That is my word of the day.  I saw so many of God's blessings today, starting with a Haitian woman at church.  We went to worship with a very robust Baptist congregation at 6am, and this wonderful lady came right up and greeted all of us.  The pastor also graciously acknowledged "the Americans" and asked us to pray for Haiti and our own country.(Angels)  When visiting a home for sick and dying children(Angels) we were able to assist with child care; holding, feeding, and changing baby diapers.  There were many volunteers(Angels) and that was a joy to my heart to see all the help that we were able to give to the workers(Angels).  With the pre-school aged kids(Angels) we sang to, held, and played silly games.  On the way to the home for special needs children, we were caught in some very heavy traffic, but it enabled us to see many of the goings on of everyday life in Haiti.  At the special needs home we sang songs, hugged, fed, talked, and played the parachute game.   One boy in a wheelchair, named Moses(Angel) was found on the steps of a church and rescued by Dios, the leader at the home.(Angel)  Another child, named Annalise(Angel), stole my heart.  We began a song and she knew the song and started singing in this incredibly beautiful, angelic voice!  I can't stop thinking of how it touched me and many others.  Angels, everyone of them. 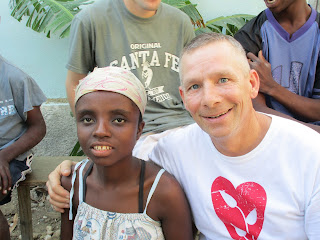 Our day was all about water.  We arrived at the water station on the tap tap.  After the water truck was full we headed to our first stop.  We got out of the tap tap and were welcomed with hugs.  I got to fill the buckets of water which they would carry away on their heads or with our help.  When my arms got tired I took a break....only to have a bunch of kids pile around me to watch me do a rubber band trick and play hand slap.  After the water ran out and there was no more water to give we had to say goodbye and refill the truck.  We walked to Hope Church and School and got to sit in the classroom where adults learn English and Creole in the evenings.  We learned that the school and church were built on garbage but now have a solid foundation.  We stood on broken glass and garbage and looked out into the ocean filled with garbage and pigs walking in it.   I don't know how to describe how I feel but I had one of the team leaders take a picture of it for my friends back at school so they could see what I was seeing.

We walked to our next water stop and I was holding the water hose and a kid named Morrison walked up to me and said I can speak English and I am 12 years old.  We spent some time talking and he told me he would come and visit me in Washington.  I explained that I lived in Minnesota and he said that yes, he would come and see me...in Washington!  He asked us for our phone number and we are excited to think that we may see him again some day.  My new friend Morrison.

One more trip to the water station to refill the truck along with running through the water ourselves to cool down and off to our last stop of the day.  I got to sit in the front of the tap tap with the driver and I couldn't believe how different it was from Minnesota.  It made me think how different today was from a normal Friday and that I wasn't at school but I had learned so much. 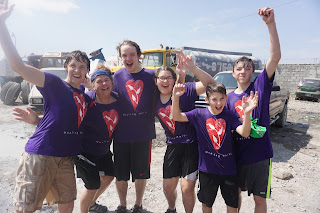 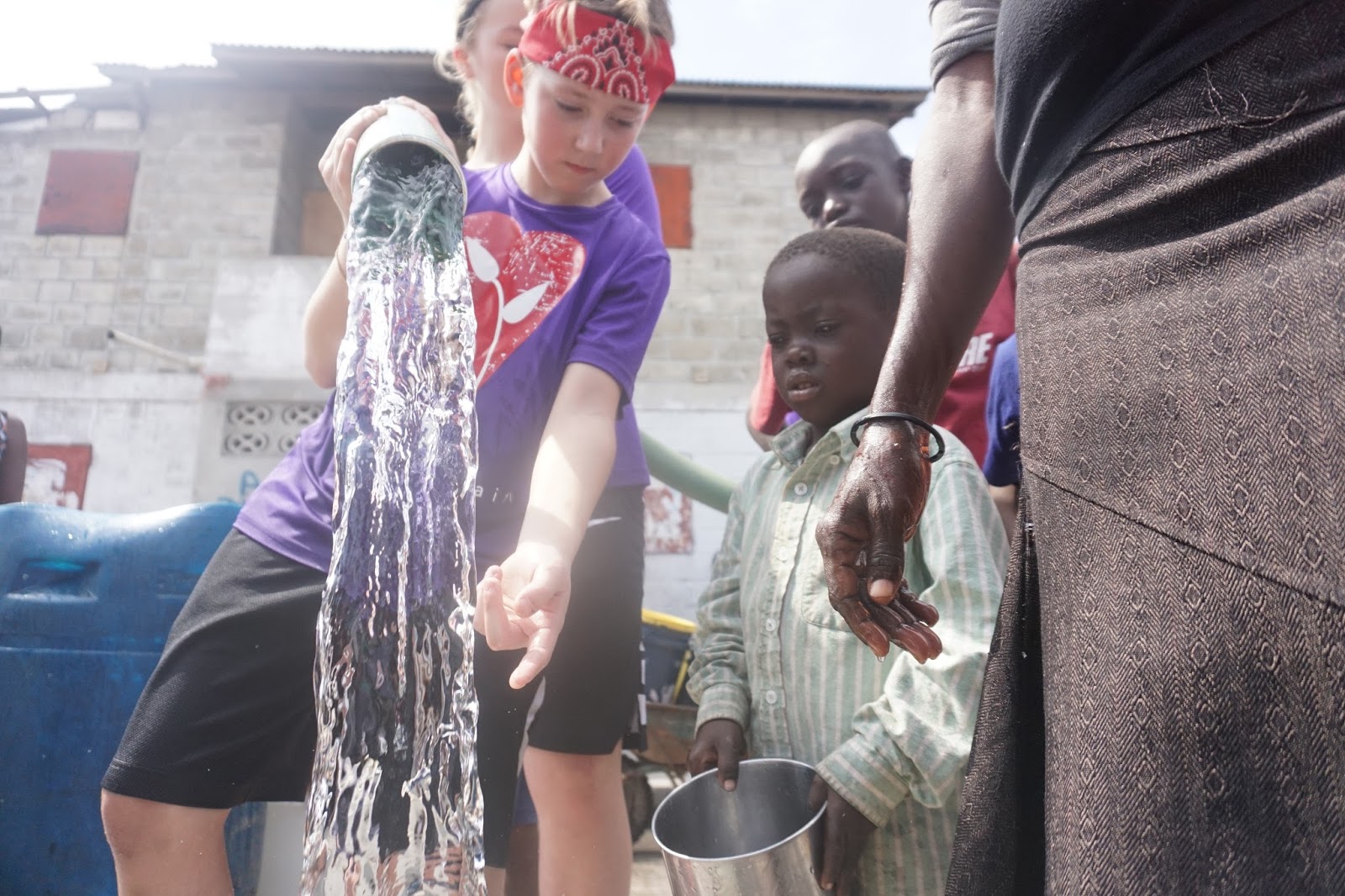 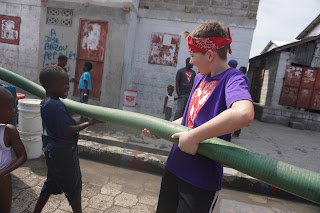 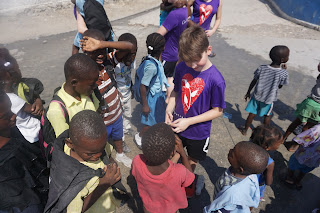 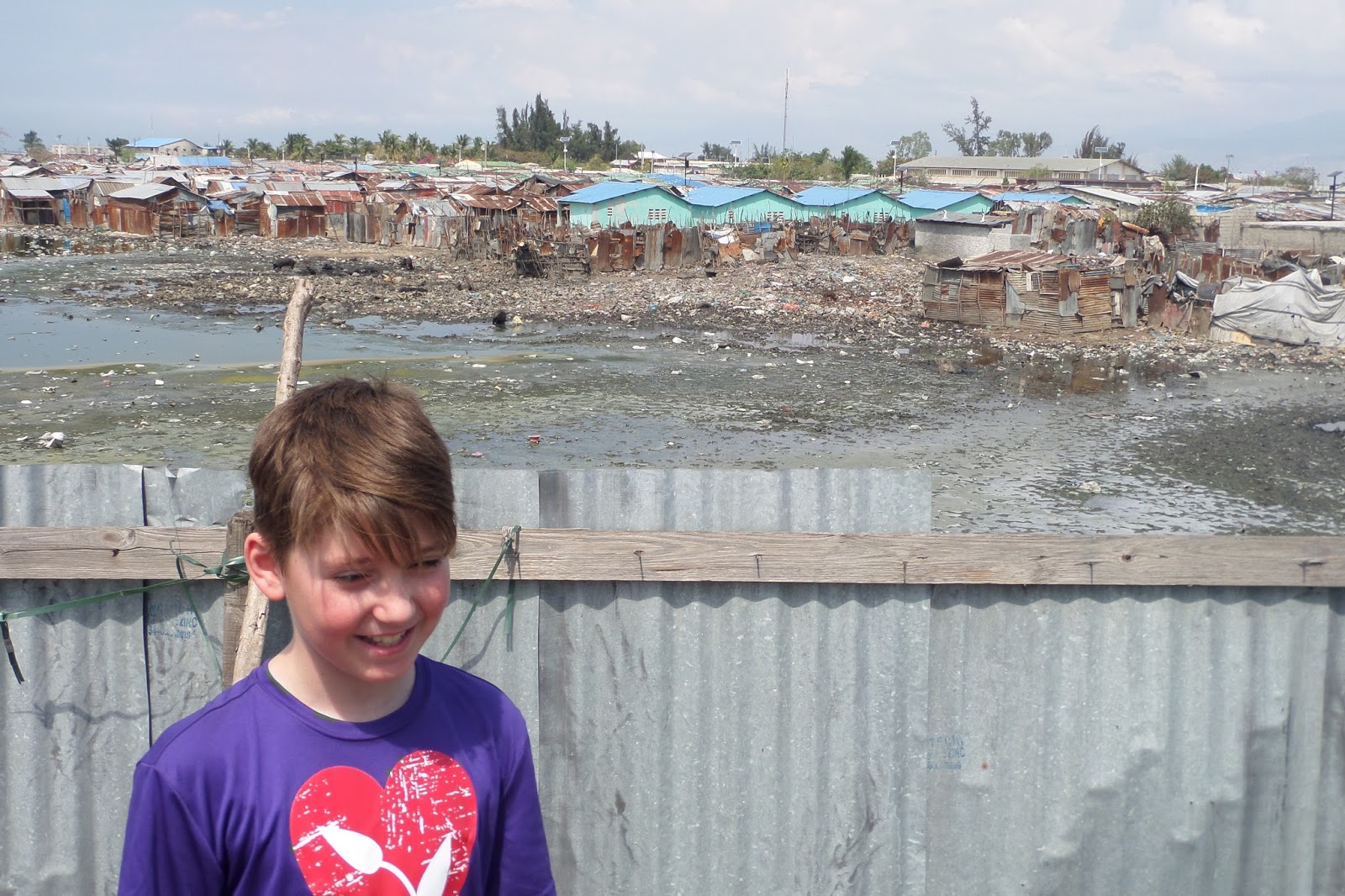 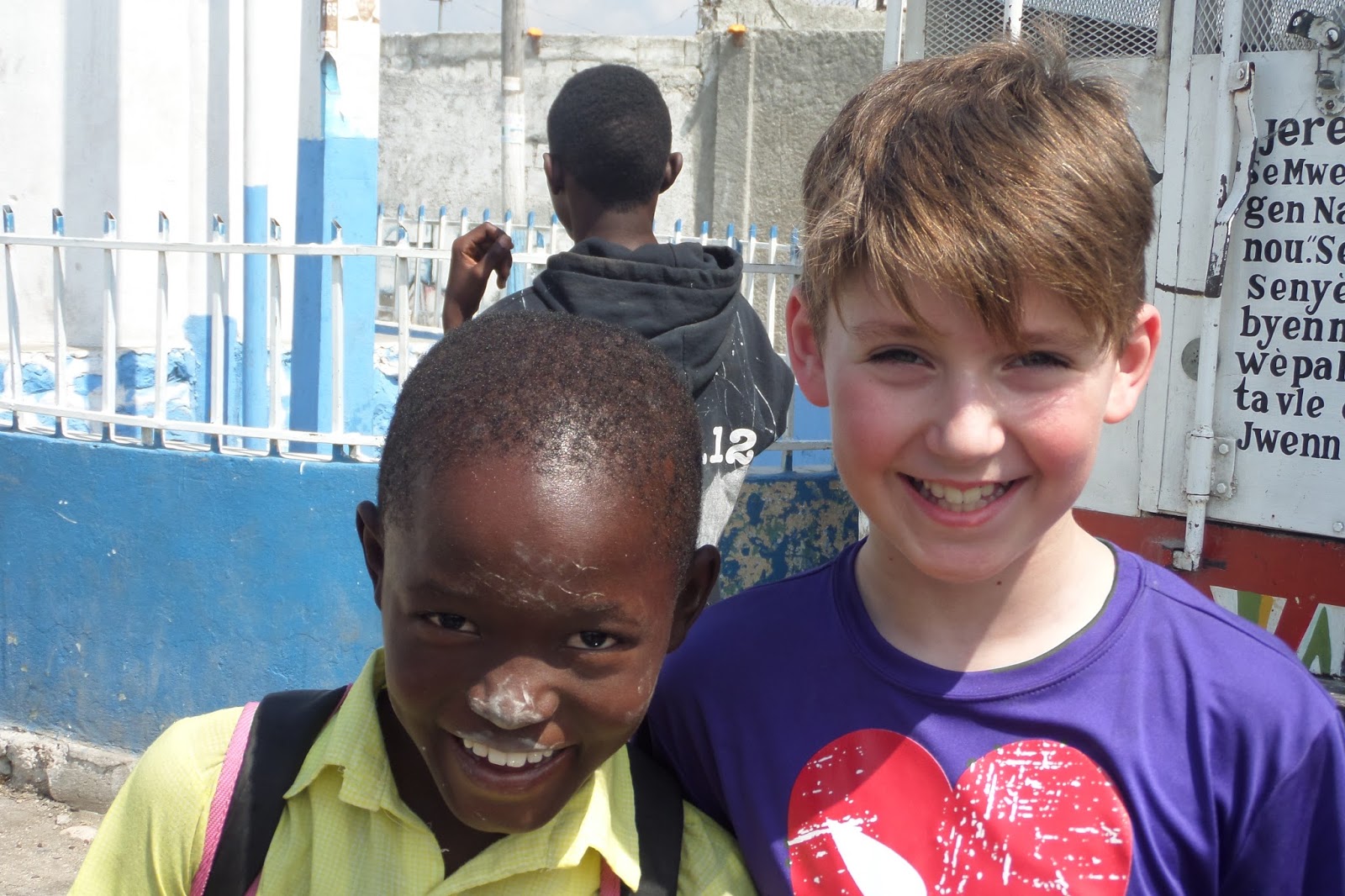 Posted by Healing Haiti Mission Team at 5:58 PM No comments: