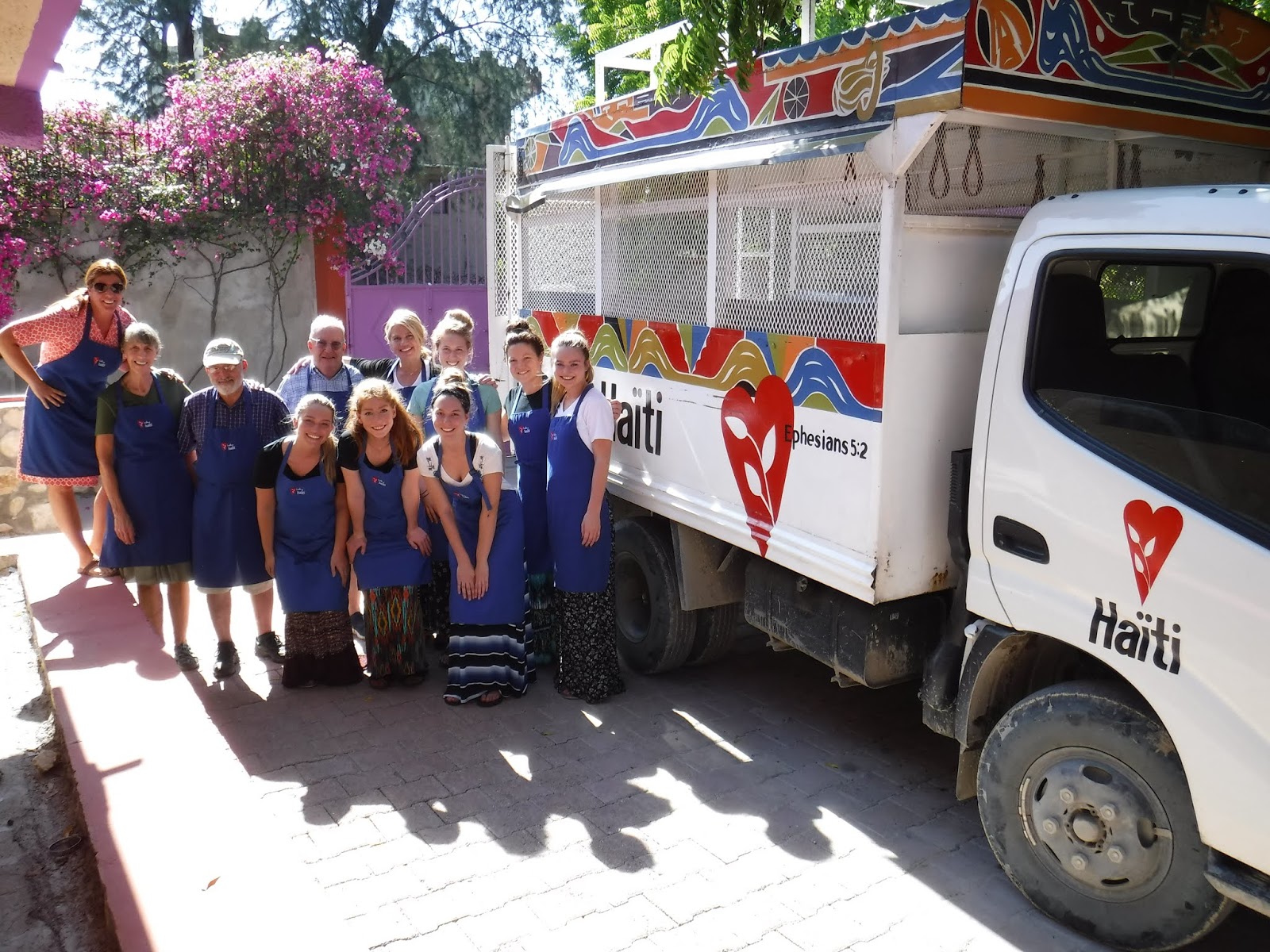 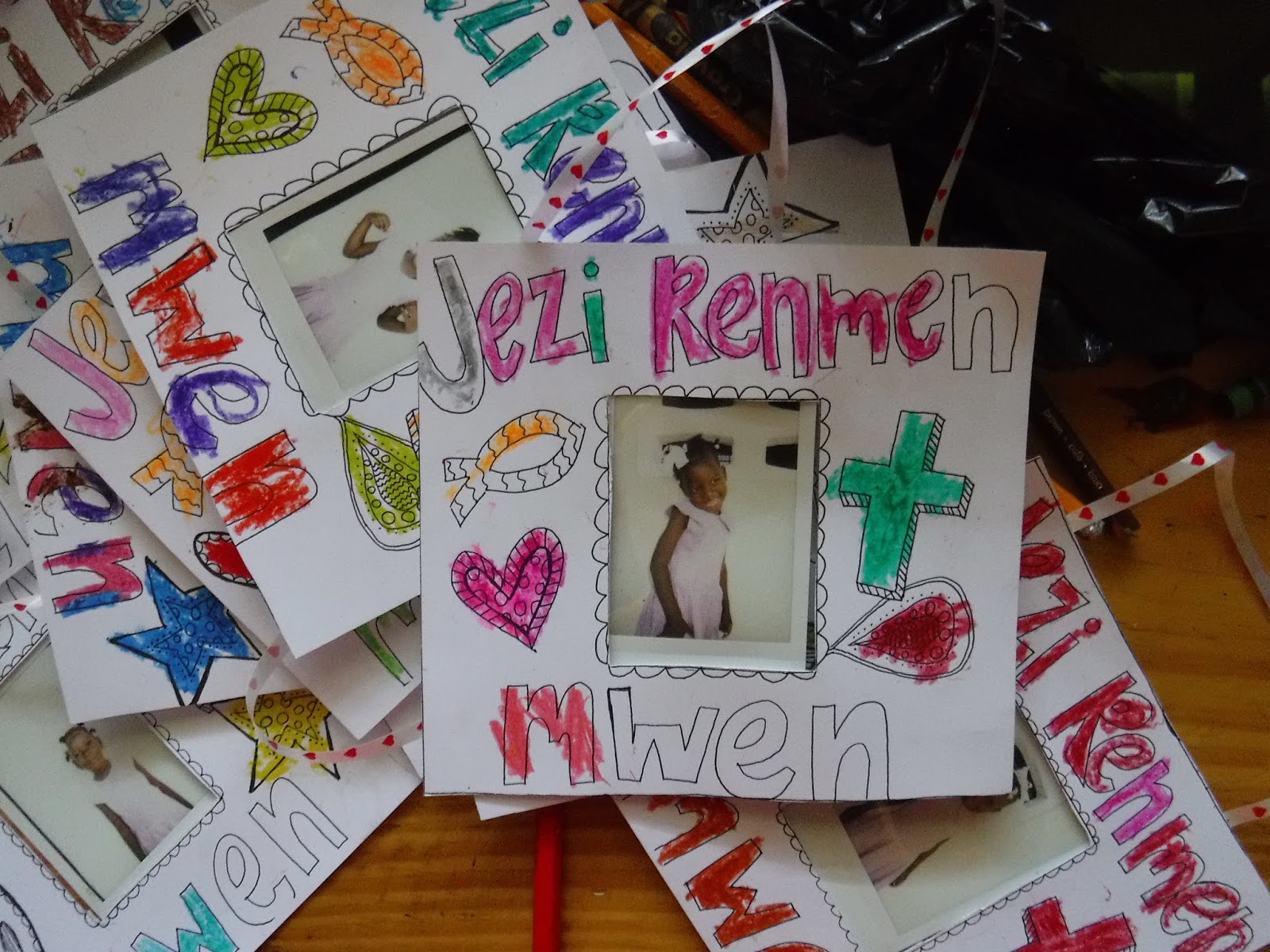 Posted by Healing Haiti Mission Team at 8:06 PM No comments:

Our day started with a team devotional, titled ‘Stop for the one’ It was mostly about being present for every individual we encounter, rather jumping from child to child and person to person. Giving the entire moment to that individual.  This was a great reminder for the day that was planned.

Our first stop we were very fortunate to be able to go to Hope School in Cite Soleil. The story of the church and school itself is absolutely incredible and a miracle.  My previous trip here included a stop at the same school, the continued progress that this ministry is making in this area and with the school incredible. The care that this one building has, it’s clear the people have great pride in it.  They are currently in the process of adding a medical clinic to further expand in this area and to reach even more people.

When we arrived at the school it was a buzz with the energy from the kids, we could hear them chanting as we pulled into the compound.  Most of our members were quiet, and no one knew what to expect.  We slowly walked into the area where they hold church service, the kids started to move toward the door waving and smiling and spilling out to be picked up and held. Order was soon restored and we moved to the first classroom to work through a simple Bible lesson, as most of the kids are 3-5 year olds.  The verse we focused on was Jeremiah 1:5.  Before I formed you in your mother's womb I knew you, before you were born I set you apart.  We worked through a little skit to show the kids that no matter what physical attributes they had, (playing on the physical attributes we have) God made you and loves each one of you!

We provided every child with a picture frame with the words ‘Jezi Renmen Mwen!’ Jesus Loves Me!  As the children in the first classroom started coloring and decorating their frame,  part of the team moved to the second room, to give the same lesson and skit.  A few stayed behind to help the kids color. As they finished, they moved outside and got their picture taken with a Polaroid type camera. When they returned back to the classroom, we taped their picture to their frame.  The JOY, pride and smiles these kids had with their project was so incredible to see.

We worked through five class rooms, and approximately 150 kids all completed the same activity.  The team did an amazing job adapting as needed and moved from room to room…being present in every situation.  It was controlled chaos, but so much fun.  After we got back on the tap-tap, everyone was in a much different mood and chatty as they shared each other’s experiences.

Our second stop was at Rebuild Globally, which is a company that employees about 20 people. They take discarded tires and other recyclables to create very nice items, such as sandals and handbags.  This was a nice brief opportunity for the members to shop, and visit a small business that is focused on recycling and cleaning the environment.

This afternoon, we visited two partner ministries… Home for the Sick & Dying and La Phare’s orphanage.

Since half of our group had been to the Home for Sick and Dying on previous trips, we decided to send primarily our first time trip goers to experience it. This home holds many babies and young children who are suffering from some illness or malnourishment.  With the devotional from the morning fresh in our minds we divided ourselves in to the four rooms, two people with babies under one year and two people with toddlers. We got there right as they were being fed for the afternoon. Most of us were handed bowls and spent time feeding the kids, others were given bottles for the baby kids. Many just wanted to be held. There was a line of chairs outside of one of the rooms,  facing the playground outside, filled with our team members and one (but often times more) kid sitting on their laps. We got to spend about two hours loving on these kids. It was an incredible experience.

The other half of our team traveled to La Phare’s orphanage to spend time with about 20 children. We did the same activity as earlier in the day, but these children were a little older and were amazingly well behaved. One special moment was having a conversation with a 14-year old boy who had two other brothers and two younger sisters in the orphanage. He knew enough broken English and we knew enough broken Creole to communicate, which was great. It was fun to see his excitement as we asked questions about his family but also his future. He hopes to be a basketball player (Michael Jordan is his favorite), or a builder of homes. The impact you can have on an individual is amazing when you just take time to be present and have a truly genuine conversation with someone.

Before this trip, we are often asked “what are you going to build in Haiti.” Most expect us to respond with homes or schools, but we are building relationships and confidence with these children who in many cases have been abandoned or forgotten. We cannot forget that God often places people in our path that he intends for us to uniquely intersect with. You may never know how impactful your prayer, your conversation, your smile, or lingering act of service will be on someone.


Posted by Healing Haiti Mission Team at 7:25 PM No comments: 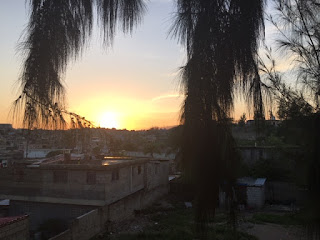 Good morning from Haiti! Coffee is flowing freely this morning as most of the team was up to watch our first Haitian sunrise :)

Keeping our eyes open for what God has planned for us today!
Posted by Healing Haiti Mission Team at 4:25 AM 1 comment: