Today began early, before the roosters crowed and the sun came up. No horns were honking yet as we boarded the tap-tap, and beyond the gates of the guest house, only a few lights illuminated the streets. Tent church began at 6 AM and as we arrived early, we took our seats. We quickly realized Haitians don't actually sit in church. Worship was both communal and at the exact same time incredibly intimate. As the worship leaders sang, people began to come in. Some embraced and worshiped together, others walked around, while still others lay nearly prostrate on the floor. Some songs were sang in English, as well as some prayers.

"Jesus, we come to you today, and we have no requests. We only want to praise you." It seems in America, where we want for nothing, we often come to the Lord with our hands outstretched asking for more. Today we witnessed a church going before God with their empty hands lifted high only with praise as they sang hallelujahs to Him- their Jezi, their powerful Jesus - because He deserves it.

"No requests", that's how we started our day.

"Ayiti pa bliye". January 12, 2010 is the day Haiti will never forget. Unaware of what an earthquake was or how to protect oneself in the event of one, many Haitians fled into buildings as the earth in Port au Prince began to tremble. Buildings tumbled down, and as the dust settled, the reality of what had happened left terror and grief in the heart of every Haitian. While it is impossible to arrive at an exact death toll, at least 160,000 people lost their lives. Everyone here lost someone, and some people lost everyone. The cemeteries were quickly filled to capacity, and as days passed and bodies began to decompose, it was necessary to remove them from the streets. A few kilometers west of Port au Prince, the Haitian government dug a mass grave and bodies were dumped and buried there. We stopped at the mass grave today as our Haitian friend Valery explained to us what that day was like for him. It is a peaceful and lovely monument nestled in the hillside, overlooking the water, but it is also a sobering reminder of how the life of a nation can be changed in an instant.

Further up the mountain in Titanyen, sits Grace Village- a true city on a hill, and a testament of the power of God's church-in a town that literally means "less than nothing".

Grace Village sits atop the hill- a medical clinic, a feeding center, a school for close to 400 children, and homes- real homes with a mom and a dad, for groups of orphaned children. Grace Village employs around 300 Haitian people, and empowers children by providing them an education, and job skills. Grace Village is a ministry of Healing Haiti, and as we toured the facility we were truly amazed by what God's people can do through the empowerment of His Spirit.

One of the ministries of Healing Haiti that we are able to participate in are elder visits. Quite simply, we visit the elderly people of Titanyen, bring them food, water, wash their feet, rub their aching muscles and joints, pray with them and sing to them. The three women we met with today received great joy from our visits, and we were each impacted in different ways by today.

I loved visiting with the elders, but at the third home we went to, I noticed a little boy with Down Syndrome standing by himself while all of the other children came to see who was getting off the tap-tap. We walked into the yard of the elderly woman, and the other children followed, but the little boy did not come. I knew the Lord wanted me to go to that little boy. I went to him and asked him his name in Creole, and realized he did not speak, so I stretched out my arms to him, and with a little hesitation, he came to me.

There is something the Spirit of God does to your heart in those moments that I can only describe as sacred.  As I held that boy, whom no one seemed to notice, I felt like I was holding my own son. I cupped his cheek and I kissed his head and I loved that precious little boy with everything I had and I begged Jesus to protect him and be near to him because I knew my time with him was so very short.

It's almost like...God was loving him through me...like my arms were actually the Father's arms holding that little boy.

So I did what mothers do. I rocked him and I sang to him in a language He could not understand about a God who is so great I can't fully understand, all while he curiously stared at the guitar Tommy was playing. As he began to get heavy in my arms, I laid his head on my shoulder, and he wrapped his arms around me and fell asleep.

I asked some of the other children what his name was. No one knew. They only knew he was sometimes called Dezi. Another boy soon came and took Dezi from my arms, and began to walk away with him. As he passed me by, outside of the gate of the home, he awoke, looked at me and made a small cry.

And for what seems like the hundredth time this week, my heart was shattered.

Soon we boarded the tap-tap, and I scanned the area for one last sign of Dezi, but I couldn't find him. Then, suddenly, as we passed by, he walked into the middle of the road and stood and watched us go. I watched him and he watched us until we could no longer see each other.

And as I reflect, I'm so thankful for a God who is omnipresent. Because while I was only able to be present with Dezi for a few minutes, the God who knit him together in his mother's womb and knew every one of his days before even one of them came to be...the God who knows his name...that same God is always with Him, and He will never leave him, or forsake him.

And today....today my omnipresent God gave me the privilege to kiss the face of His son. 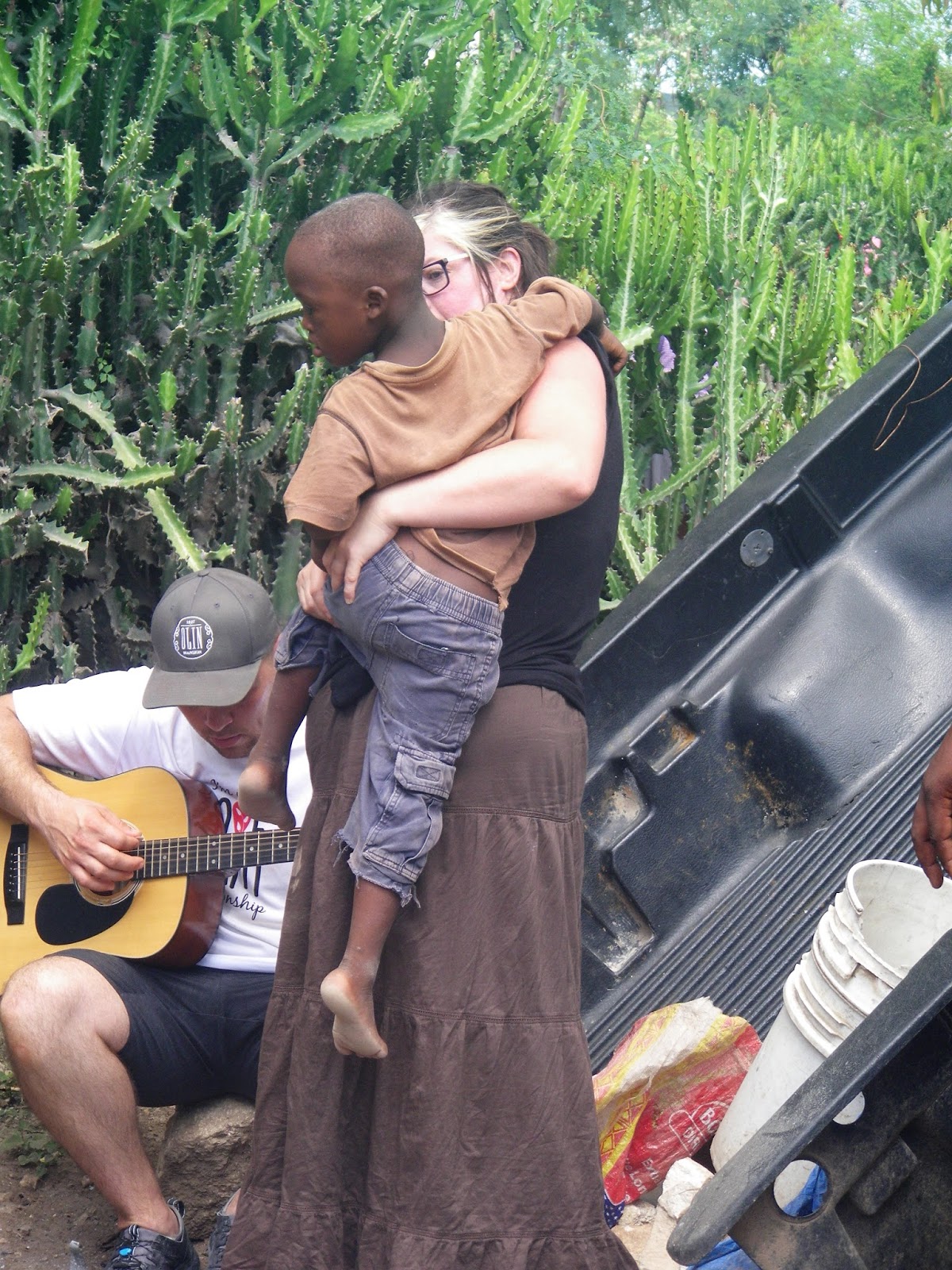 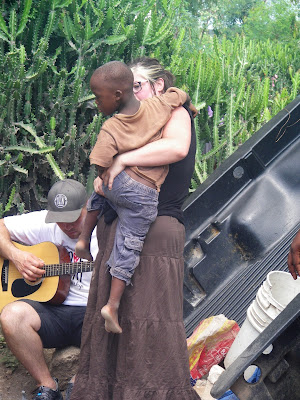 Posted by Healing Haiti Mission Team at 7:45 PM No comments: