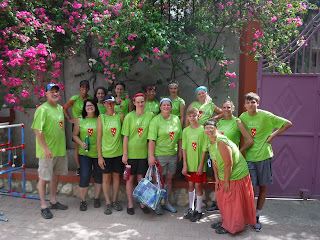 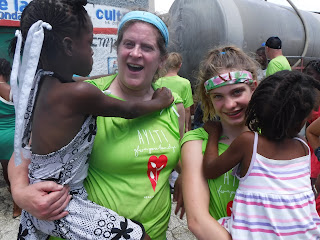 Today's breakfast was: eggs, oatmeal, pancakes,and bananas. We left the Healing Haiti Guest House and immediately headed out for "Water Truck Day!" Instead of arriving on time, the traffic decided it had different plans. Although it wasn't all bad, since we arrived late, we were welcomed by an excited group of young children. They welcomed us with the commonly use phrase "AU" (A-you) which means "Hey you!" We had originally planned for 3 trips to different community's but due to traffics "plans," the 3rd stop was cancelled. Even though our outing was different than planned, it still managed to be an eye opening experience! Despite all the poverty and corruption that was all around us, the children were ecstatic. Over in America we have the phrase "Stranger Danger," but to these children we were no strangers. After prying children off our arms and legs at stop seventeen, we entered into Hope Village. After grabbing refreshments we got another eye opening adventure, also known as a tour. Hope Village includes a clinic, a school, and a church. The school has an additional program call the Tech pod, giving the ability to use devices which they do not normally have access too, thus enhancing their learning. After boarding the tap-tap, our mode of transportation, we waved goodbye to section 17. and then began our journey to section 26.  There weren't as many people to welcome us like the other stop.  Sadly, once again, the odds weren't in our favor causing us to leave early.  After we hung out at the pier, we called it a day. As soon as we arrived at the guest house we were trying to get to the pool. After we arrived, we had an interesting experience trying to fit 6 people on one shark floaty. After many, many, many, many tries, we finally succeeded. Yaaaaaay. 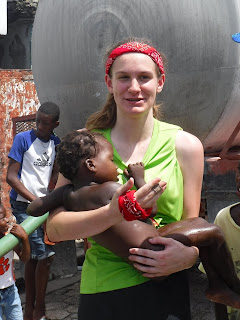 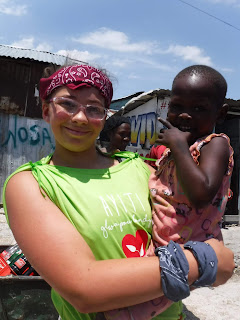 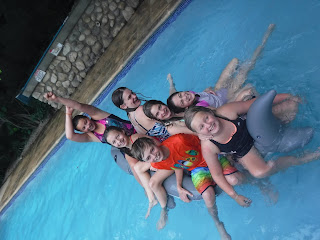 Posted by Healing Haiti Mission Team at 7:12 PM No comments: