Today was good.
We started our day by visiting Haitian Initiative. It's a program to encourage kids to do well in school and allows them to play organized soccer. While we were there, the Gambinos got to reunite with the Haitian students they hosted two years ago.
Next, we went to the water fill-up station where our water truck got filled with 3,000 gallons of water for our first stop. 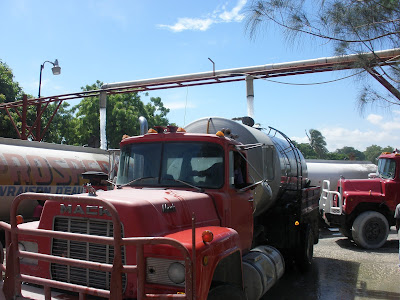 We distributed water at three different locations in Cite Soleil. At each, we filled buckets of water that the people would bring to their homes to wash dishes, themselves, clothes, and/or cook with. As we got out of the truck at each stop kids surrounded the taptap and as you stepped off they jumped into your arms. There was no question, you were going to hold a child ... or three. 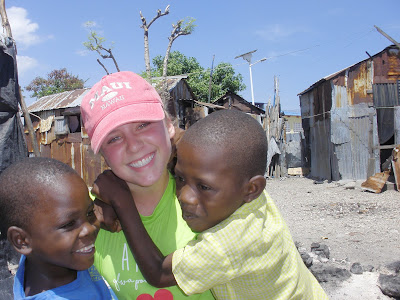 When we got out of the taptap, people had already stated lining up with their buckets. The hose never stopped so people would move their buckets in and out as fast as possible trying not to lose a drop. The line continued endlessly until the water truck ran out. 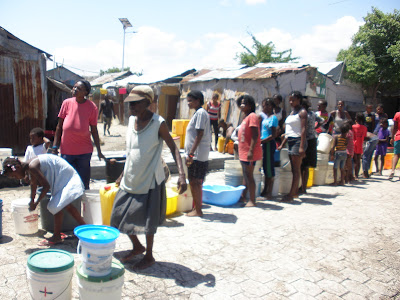 Once people got their buckets filled, they would often signal for help to carry them back to their home. Sadly, we were only allowed to go so far with the buckets so we often had to set them down for the people to carry the rest of the way. We also assisted kids and adults with putting buckets on their heads. 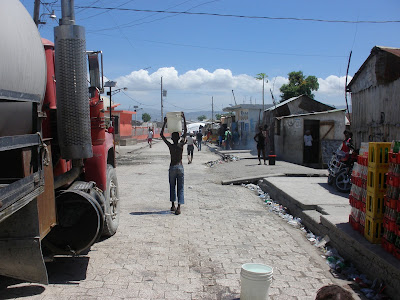 Overall, today was good. The team enjoyed the work and time spent with the people of Haiti and with each other as we rode in the taptap from place to place. We saw a lot of good within members of the community and in the kids. Stepping back and watching each other serve, we saw the good in all that was done.

Posted by Healing Haiti Mission Team at 8:22 PM No comments: