Today we celebrated a birthday of a lifetime for Rachel. It was her fourth 30th birthday. :) Homemade signs were hung up with bandaids next to latex glove "balloons", birthday songs, hugs from children, a video from her kiddos and a delicious cake were just the jist of her special day. 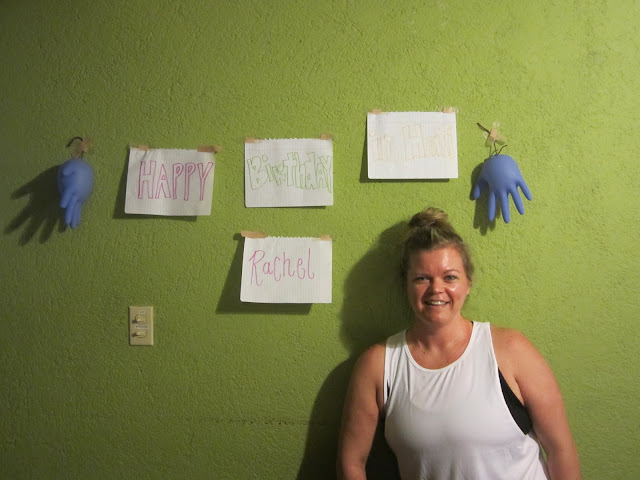 Lisa taught us a fun diddy for our breakfast prayer. By supper, we were ready to be YouTube sensations.
On the drive to the first mission of the day we went through a more maintained area with large architecture and homes. We learned that a lot of these were probably occupied by someone who works for the government or are vacation homes. It was quite the difference from what we’ve seen people living in in Cite Soleil.


Our first stop was at Papillon – a company started by an American couple who was trying to adopt a Haitian child until they realized their mother still wanted and loved it, but couldn’t afford to care for it. Instead of taking the child away, they created a place where she and other Haitians could work to provide for their child(ren).


At Papillon the Haitians make beads and jewelry from clay and cereal boxes, they form mugs and bowls out of pottery and sew dolls and stuffed animals. This business also has a daycare for its employees's children. 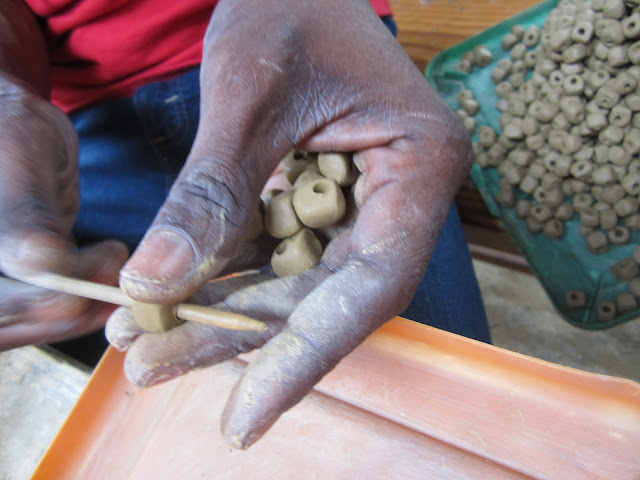 Papillon has its own café upstairs - where if you ask Bodie – you just have to try the Mario smoothie (peanut butter, strawberry and banana). Every meal or snack we have had here in Haiti has just been incredible.


From Papillon we went to For His Glory orphanage. This orphanage had some children with special needs which really hit home for many of our missionaries.


One boy, Wilson, stole the hearts especially of Kara and Lori. Wilson has cerebral palsy. We can’t say for sure, but because of the lack of education of how to care for a child with CP, Wilson was missing out on a lot of attention and proper care. To a lot of us, it was intimidating to pick him up out of his wheelchair because we didn’t want to hurt him. Kara made that little guy’s day, and probably his week or even his year. She carried him out of the nursery to go outside, and he was smiling the biggest smile he could possibly smile and waving in excitement. 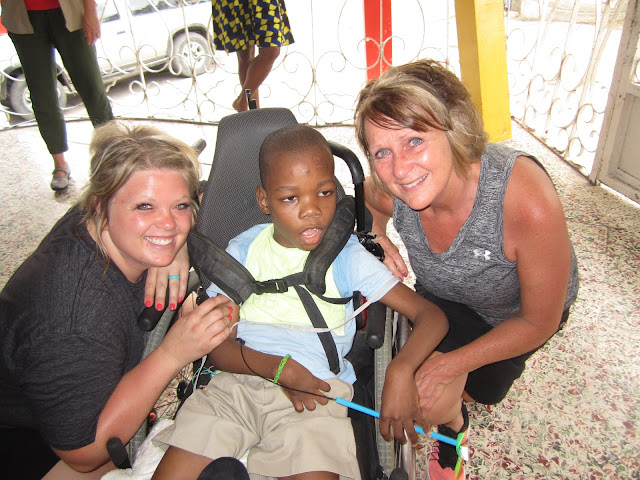 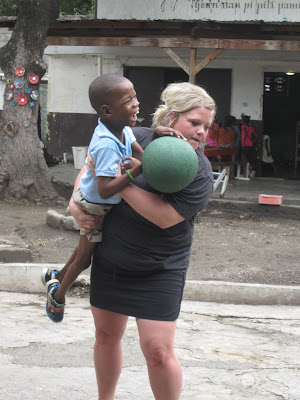 Our hearts strings were pulled in other ways in that same nursery. A maybe four-month old baby was just waiting to pass away. He had hydrocephalus – fluid on his brain. His head was about double the size of a normal baby’s head, and will continue to swell until he passes.


Emily held a child with the best laughter. I think most of us can relate that nothing gets much better than the sound of that. Josh played with a little lady who couldn’t live without her sunglasses. She was a little movie star who kept him on his feet.


Like on our other orphanage visits, we pulled out bubbles, jump rope, Frisbees and even made bracelets with the children. Another young lady – maybe 12 years old – made sure to greet every missionary and give them hugs. She was curious about every activity that was going on.


When we left For His Glory, we went straight to  La Pherre’s Orphanage. This orphanage was nothing like the last four we’ve been to. This orphanage is owned by a pastor and his wife. We were greeted by the wife at the entrance, and the husband began setting out any chair he could find so we all had a place to sit.


We played musical chairs – first the children, then the adults. And the kids taught us a song. We did a craft with them and then played a game of duck, duck, gray duck – or if you ask Lisa and Elise – goose. (Please forgive them. They really are sweet women.) 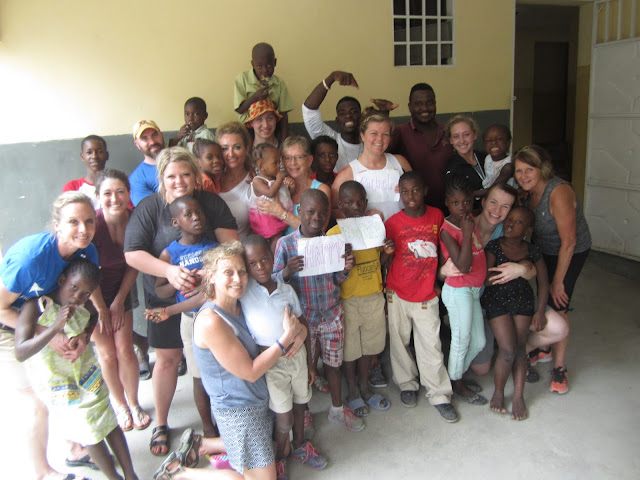 Those children knew three different languages. They were probably 7 to 15 years in age. We could just tell they were safe, loved and fed. The children greeted each missionary and the boys shook our hands. Unlike at other orphanages, the pastor (caretaker) stuck around and observed our visit. He took photos of the group and encouraged the children to sing different songs and not be so shy.


We closed with a prayer ­- first from the pastor – who prayed for us missionaries, too, and it was followed by a prayer from our missionary, Josh. Both were translated respectively. It’s safe to say there wasn’t a dry eye when we departed. Unlike with the babies and younger kids – these kids could understand emotion, and they had made connections, too. A lot of our interactions with the children in Haiti have shown us the older ones are more shy because they can't jump all over us like the littles. But, they snuggled right in here.


We are all so thankful to be finding peace and comfort with one another, even though days ago  we didn't know much about each other, other than we were people on a mission.


After we got back we were blessed with a meal of traditional Haitian foods, visited the grocery store, celebrated Rachel’s birthday one last time (for the evening) and had a powerful team meeting.


It’s so hard to put into words the things we are seeing and feeling, but we are so happy you’re following the journey we have been able to share thus far.